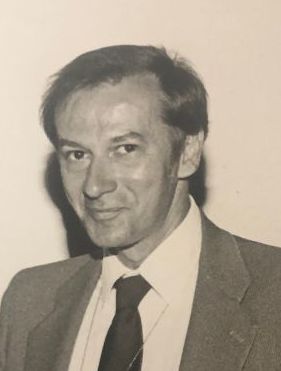 Stephen F. Saroka, a former resident of Wappingers Falls, entered into rest Thursday, May 2, 2019 at Renaissance Rehabilitation and Nursing Care Center in Staatsburg. He was 76.

Son of the late Frank and Pauline Sagan Saroka, he was born July 2, 1942 in Newark, New Jersey. He married to the former Gail Parr in September of 1963 in Nutley, New Jersey. Mrs. Saroka survives at home in Fishkill.

Prior to his retirement in 2003, Stephen worked at IBM for thirty-five years. He received recognition for his achievements including a patent award in 1982. He had a lifelong interest in tennis and in his retirement also enjoyed golf and regular gym attendance.

In addition to his wife, he is survived by his sons, Stephen F. Saroka, Jr. of Orlando, Florida and William J. Saroka of Trumbull, Connecticut.

A funeral service will be held at 10 a.m. on Tuesday, May 14 at the funeral home. Interment will follow in Wappingers Rural Cemetery, West Main Street in Wappingers Falls.

To send flowers to the family or plant a tree in memory of Stephen Saroka, please visit Tribute Store
Monday
13
May