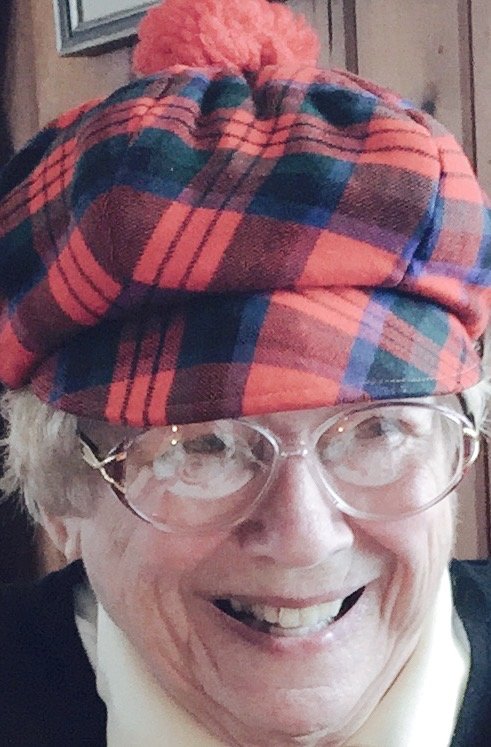 Therese Victoria (Knaus) Cameron passed away Sunday morning, August 25, 2019, in her Town of Poughkeepsie home as she wished.  Her Resurrection flowers were blooming just outside her front door.

Therese was born February 26, 1924, on the family farm in Newington, Connecticut, to Carl and Victoria Prem Knaus. Her fondest childhood memories included riding her horse Nellie and exploring the farm with her dog Barney Google. In high school she played on the women’s basketball and golf teams.  She often was called on to prepare her special recipe of mayonnaise for the school cafeteria.

She married Alexander G. Cameron in a 2am ceremony Nov. 4-5, 1944, in the St. John’s Evangelical Lutheran Church in New Britain, Connecticut. The reason for the unusual hour was that the groom was delayed in his air/train/car travel from his U.S. Navy base at Richmond, Virginia to New Britain. The church was adjacent to New Britain General Hospital and many whose shift just ended also went to the wedding. Alexander passed away Nov. 12, 2014, a week after they celebrated their 70th anniversary. Therese and Al are survived by their two children: Bruce Cameron of Windsor, N.Y., and Susan Cameron of Feura Bush, N. Y.

Therese took great pride in her culinary skills and her children. She volunteered to be den mother to her children’s Cub Scout and Girl Scout packs. She also taught fifth grade Sunday School for years at St. John’s Evangelical Lutheran Church in Poughkeepsie. Therese and Al enjoyed traveling to every continent except Antarctica. She was an avid golfer, playing on courses throughout the United States and Europe. On June 8, 1998, she hit a hole-in-one at Kutsher’s Country Club in Monticello. In the late 1950s she was on The Price Is Right television show for four days winning an Austin Healey Sprite, a motor boat and trailer, a riding lawnmower, two televisions, a HiFi console, a fur jacket and a BBQ grill with a year’s supply of hamburgers, hot dogs and soda.

She served on many boards in the Poughkeepsie area, starting as secretary to the board for the Gallaudet Home for the aged deaf and blind, St. Simeon Board of Directors’ secretary, and Vassar Hospital for more than 30 years. She was a member of St. John’s Evangelical Church in Poughkeepsie for more than 65 years.

Therese was an accomplished artist and had a hobby/business of dried flower pictures that she arranged and sold at many Poughkeepsie shops including Lucky Platt’s and the Raymond Avenue Gift Shop.

To send flowers to the family or plant a tree in memory of Therese Cameron, please visit Tribute Store
Wednesday
28
August