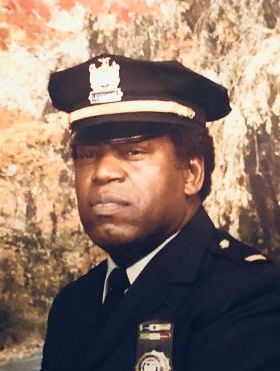 William R. Penn, of Newburgh, NY  and was a long time resident of Beacon and Wappingers Falls, NY, entered into rest Sunday, September 22, 2019 at his home. He was 84.

Son of the late William and Alice Hill Penn, he was born July 3, 1935 in Washington, DC. Bill proudly served his country in the United States Navy and was honorably discharged in 1956. He went on to work with the City of Beacon Police Department he was the first to patrol on a motorcycle.  He retired after 37 years of service as a Lieutenant.

He attended St. Andrew’s Church in Beacon and was a Prince Hall Master Mason and was a member of the Masonic Lodge in Beacon.  He was also a member of Post 666 Veterans of Foreign Wars of the United States, a member of the American Legion as well as a member of the National Rifle Association.  He was an avid reader and enjoyed photography. In his younger years, he loved to ski. He was proud of his small craft pilot’s license and owning and riding Harley Davidsons. He also collected guns and was especially interested in black powder guns. Most of all he will be remembered as one of the greatest conversationalists you would ever come across.

He was predeceased by his sister, Meriam M. Ware.

Family will receive friends from 9 to 11 a.m. on Thursday, September 26, 2019 at Straub, Catalano & Halvey Funeral Home, 55 East Main Street in Wappingers Falls. A funeral service at 11 a.m. will follow at the funeral home. Interment will then follow in Fishkill Rural Cemetery, Route 9 in Fishkill.

The family wishes to thank Sherille Brown for her loving and caring attention she provided to her “adopted” uncle over the last three years as well as MidHudson Managed Home Care and Hospice of Orange and Sullivan Counties.

To send flowers to the family or plant a tree in memory of William Penn, please visit Tribute Store
Thursday
26
September