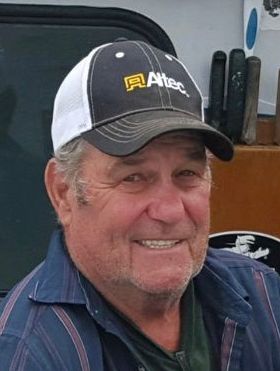 Edward T. Baisley, a resident of Wappingers Falls, entered into rest Saturday, December 14, 2019 at Vassar Brothers Medical Center in Poughkeepsie. He was 82.

Son of the late Raymond and Mary Baisley, he was born November 26, 1937 in Peekskill. He grew up working on the Family Farm, often completing chores before headed off to school. Ed was a graduate of Wappingers Schools and was an all-star on the basketball, baseball, and football teams. On April 5, 1959 at St. John’s Church in Beacon, he married Filomena “Filly”. Mrs. Baisley survives at home in Wappingers Falls.

Ed was Farm Manager at Matteawan State Hospital until he left in 1977. He then went on to own and operate Ed Baisley Tree Service in Wappingers Falls. He was a former volunteer with Chelsea Fire Department and was an affiliate member of Slater Chemical Company. He was a life member of the Chelsea Sportsman’s Association. He enjoyed hunting and was an avid fisherman. He always looked forward to his fishing trips.

In addition to his wife of sixty-one years, Filly, he is survived by his children, Edward R. Baisley and his wife, MaryAnne of Wappingers Falls, Jay Baisley and his wife, Carolyne of Poughkeepsie and Lee Kruger and her husband, Christopher of Hopewell Junction; his grandchildren, Brittany, Ciara, Gavin, Alexa and Eden; his great-granddaughter, Sofia; his siblings, Robert Baisley, Nancy Giles, James Baisley and Helen Bowers; as well as numerous nieces and nephews.

He was predeceased by his grandson, Jay Baisley, Jr.

A funeral service will be held at 10 a.m. on Wednesday, December 18 at the funeral home. Interment will follow in St. Mary’s Cemetery, Clinton Street in Wappingers Falls.

Memorial donations may be made in Ed’s name to any Catholic Church.