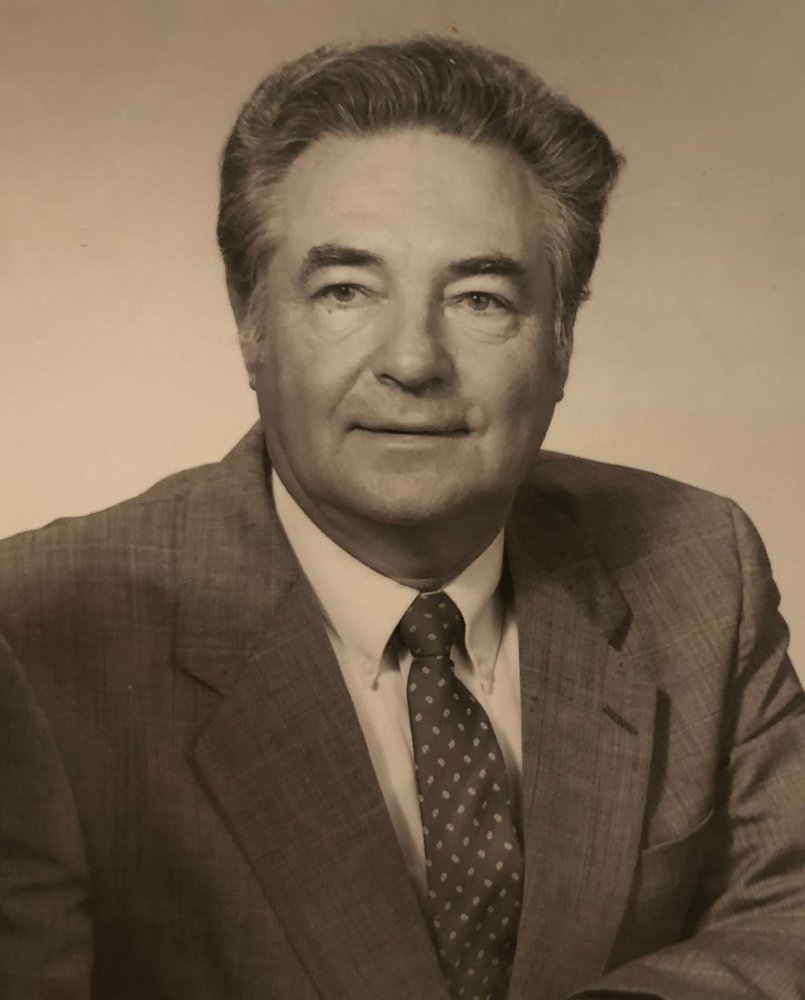 Joseph J. Ennesser, Sr. of Wappingers Falls entered into rest Wednesday, January 1, 2020 at home. He was 85. Son of the late Joseph and Lucille Ennesser, he was born on December 31, 1934 in Fort Lee, New Jersey. He married the love of his life, Eileen Sommers on January 19, 1957 at St. Jude’s Church in Mastic Beach, Long Island. Mrs. Ennesser survives at home in Wappingers Falls. After receiving an associate’s degree in mechanical engineering, Joe went on to enjoy a 38 year long career with IBM, retiring as a Senior Mechanical Engineer from their Poughkeepsie branch in 1992. In his spare time he enjoyed boating on his own boat and fishing with his friends Mike and Bill. He was also an avid New York Giants and Yankees fan. Joe spent many years giving back to his community as a long time sports and recreation volunteer in the Town of Wappinger. He was the past president for the Town of Wappinger Little League and instrumental in beginning Girls’ Softball and the Big League in the 70’s. He was a proud part of the league when the boys brought home a New York State Championship in 1970. Joe was a co-founder of the Sports Museum of Dutchess County. He saw four separate play grounds come to fruition during his time as a recreation volunteer. Joe was also a former director of the Greenway Trail. In addition to his wife, Eileen, Joe is survived by his children, Jay Ennesser of Scottsdale, AZ, Eugene Ennesser of Pinehurst, NC, and Karen M. Brocato and her husband, Michael of Gaithersburg, MD; sisters, Joanne Rosso and her husband, John of St. Petersburg, FL, and Idamaie Rybicki of Bellingham, WA; grandchildren, Jennifer Ennesser, Nicole Ennesser Sanchez and her husband, Jose, Danielle Ennesser-Quirino and her husband, Cesar, Samantha Lucic and her husband, Robert, Sarah Ennesser, Courtney Brocato, and Kevin Brocato; and great-grandchildren, Makayla and Athenia. Joseph was predeceased by his sister, Evelyn Ennesser, his grandson, Joey Brocato and his daughter-in-law, Lillian Ennesser. The family would like to extend their gratitude to their friends and neighbors, their second family, for their unceasing support during these last two years. Family will receive their friends on Sunday, January 5, 2020 from 3 to 7 p.m. at Straub, Catalano & Halvey Funeral Home, 55 E. Main Street, Wappingers Falls, NY 12590. A Mass of Christian Burial will be offered on Monday, January 6, 2020 at 10:15 a.m. at St. Mary Mother of the Church, 106 Jackson Street in Fishkill. Entombment will follow in Fishkill Rural Cemetery, Route 9 in Fishkill. In lieu of flowers, memorial donations may be made in Joe’s name to the Sports Museum of Dutchess County, PO Box 7, Poughkeepsie, NY 12602, www.sportsmuseumofdcny.org, or Meals on Wheels of Wappingers Falls, 2568 South Avenue, Wappingers Falls, NY 12590. For directions or to send a personal condolence, please visit our website at www.StraubCatalanoHalvey.com.
To send flowers to the family of Joseph Ennesser, Sr., please visit Tribute Store
Sunday
5
January