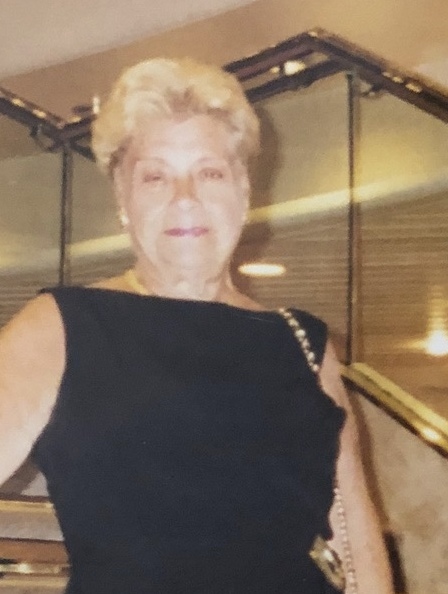 Elisa “Elsie” DeRosa, a resident of Wappingers Falls, entered into rest surrounded by her four children on Sunday, February 2, 2020 at her home. She was 96. Daughter of the late Pietro and Antoinette Pezzullo DiResta, she was born June 17, 1923 in Italy. On August 24, 1947, she married Pietro “Peter” DeRosa in Italy. Mr. DeRosa preceded her in death on January 14, 2015. Elsie worked as a riveter during World War II and went on to work as a dressmaker at Oak Dress Shop in Yonkers. She had also worked as cook at Queens Daughter Daycare in Yonkers. Together with her husband, the enjoyed their second home in Florida for fifteen years. Elsie was a parishioner of St. Columba Church in Hopewell Junction. She was a member of the dressmakers union. She enjoyed shopping, especially at Macy’s. Most importantly, she loved her family and treasured time spent with them. She is survived by her children, Lucia DeFeo and her husband, Artie of Mahopac, Anthony DeRosa and his companion, Lynn Baraban of Wappingers Falls, Anna Marie DeRosa of Wappingers Falls, and Joanne Giliberti and her husband, Claudio of Wappingers Falls; her sister Carmella Della Cioppa of Italy; her brother, Salvatore DeResta of Yonkers; her sister-in-law, Beatrice DeResta of Yonkers; her grandchildren, Lisa (Pete) Rossi, Anthony (Monika) DeFeo, Vincent (Jessica) Giliberti, Daniella Giliberti (Mark Gerlach), Anthony (Jess) DeRosa, Angela DeRosa, and Micheal Olita; her great-grandchildren, Nicholas Rossi, Julia Rossi, Evan Giliberti, Adrian DeRosa, Jake DeFeo, Bianka DeFeo, Aya DeRosa, and Summer Giliberti; as well as numerous nieces and nephews. In addition to her husband, she was predeceased by her son, Peter Anthony; her brothers, Peter, Patsy, and Gene DeResta. Family will receive their friends on Tuesday, February 4, 2020 from 2 to 4 and 7 to 9 pm at Straub, Catalano & Halvey Funeral Home, 55 East Main Street, Wappingers Falls, NY 12590. A Mass of Christian Burial will be offered at 11:30 am on Wednesday, February 5 at St. Columba Church, Route 82 in Hopewell Junction. Entombment will follow in Ferncliff Cemetery in Hartsdale. For directions or to send a personal condolence, please visit our website at www.StraubCatalanoHalvey.com.
To send flowers to the family or plant a tree in memory of Elisa DeRosa, please visit Tribute Store
Tuesday
4
February