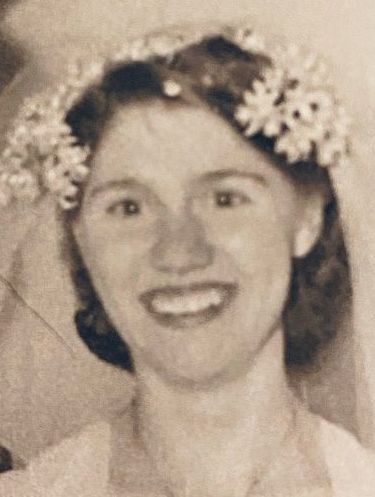 Virginia E. Kearns, a resident of Wappingers Falls, entered into rest Saturday, March 21, 2020 at Vassar Brothers Medical Center in Poughkeepsie. She was 94 years old. Daughter of the late Everett Fraleigh and Ella Batey Croshier, she was born May 17, 1925. On August 24, 1947 at St. Peter’s Church in Poughkeepsie she married John P. Kearns. Mr. Kearns preceded her in death on May 14, 2009. Through Virginia’s life she worked at Harlem Valley State Hospital, she was a waitress at Andy’s diner in Wappingers Falls, The Four Corners diner in Beacon and at the Yankee Clipper in Beacon prior to her retirement. She was a member of Degree of Pocahontas and held many offices over her many years as a member, as well as the office of The Great Pocahontas. She enjoyed puzzle books and making crafts, especially plastic canvas crafting. Many who received her handmade gifts still treasure them today. Virginia was a very special giving lady. She is survived by her sons, John P. Kearns Jr. and his wife, Rosalie of Hyde Park, Robert Kearns and his wife, Camille of Hampstead, North Carolina, and Leo M. Kearns and his wife, Georgia of Wallkill; her daughters, Ellamarie “Cissy” Cservak and her husband, Ronald of Wappingers Falls, Gigi Baisley and her husband, Michael of Wappingers Falls, Jean M. Voght and Ric Hasbrouck of Poughkeepsie, seventeen of her grandchildren, Angela Lavis, Ronald Cservak Jr., Benjamin Kearns, David Moranski, Matthew Kearns, Nicholas Kearns, Jared Kearns, Brandon Kearns, Jennifer Thietji, Christopher Kearns, Melissa Kearns, Heather Holliday, Jason Baisley, Jesse Voght, Brian Voght, Joseph Voght and Danny Voght twenty great-grandchildren and two great-great-grandchildren; as well as several nieces and nephews including Thelma Turner of Hopewell Junction. In addition to her husband, she was predeceased by her son, Dennis J. Kearns; her daughter, Patricia A. Bernich; son-in-law Hans J. Bernich, her grandchildren, Barbara Ann Bernich and Mark Thomas Bernich; her brothers, Herbert, William and George Croshier; and her sisters, Margaret Frederick, Edith Hatt and Ada Croshier Virginia was like a second “Mom” to many of the kids that grew up in the Hamlet of Chelsea during the 60’s and 70’s especially Sandy Riggs Klots of Cocoa Beach, Florida who was like a daughter to her. Family will receive friends on Tuesday, July 14, 2020 from 11 am to 1 pm at Straub, Catalano & Halvey Funeral Home, 55 East Main Street in Wappingers Falls. In compliance with NYS guidelines, social distancing is required and capacity is limited. Attendees should be prepared for a possible waiting period. Private funeral services and burial will follow. Memorial donations in Virginia’s name may be made to the American Cancer Society, PO Box 22478, Oklahoma City, OK 73123.
To send flowers to the family or plant a tree in memory of Virginia Kearns, please visit Tribute Store
Tuesday
14
July