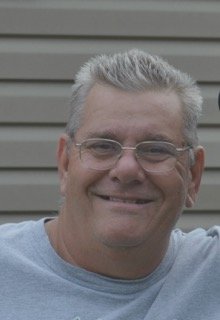 John “Papa John” Mason John J. Mason of Buchanan entered into rest on Wednesday, April 22, 2020 at the home of his daughter in Wappingers Falls. He was 67. Son of the late Fanny (Gallucci) and James Mason, he was born on May 30, 1952 in Peekskill. He was the 7th child of ten: the late Arline (Mason) Compitello & Mike, the late Diane (Mason) Valentino & Martin, Jane (Mason) Kreutzberg & Ken, the late Ann Patricia (Teashia Mason) Hughes, James Mason, Patrick Mason, Geraldine (Gerry Mason) Perricelli & John, Lynda Mason-Genovese & Jimi, and the late Frances (Mason) Taylor. John attended Peekskill High School and later graduated from Westchester Community college with an Associate’s Degree in Business. He grew up working with family at the Fair Grounds, traveling the east coast with his cousins, nieces and nephews. He was a foreman at Asplundh Tree Expert Co, where he was awarded with consecutive years of “accident free” service. He later owned his own taxi/limo service “John’s Taxi” servicing many customers, transporting them from airports to trains stations. John also had many nieces, nephews, and friends that he loved to spend time with, work with and laugh with. He was a family and friendly man. The most recent accomplishment he was extremely proud of was his 4 grandchildren. As Papa John, he would do his best to show up to any and all of his grandkids events: dance recitals, orchestra concerts, baseball, basketball and soccer games, horseback lessons and shows, and karate and martial arts training and belt tests. He enjoyed going on the family boat and relaxing with the kids in the water all day. He built relationships with each of them and held them dearly to his heart. He enjoyed joking around and being the joke. Papa John was always smiling around his family and was a part of vacations that made his life and his family very happy. John is survived by his ex-wife, Nancy Velardo of Wilmington NC; his children, Kristopher and Ninotchka Mason of Buchanan, and Janel and Frank Palmietto, Jr. of Wappingers Falls; and his four grandchildren; Sarah, Gabrielle, Matthew and Cassandra. Service for John will be held at a later time.
To plant a tree in memory of John Mason, please visit Tribute Store
Services for John Mason
There are no events scheduled. You can still show your support by planting a tree in memory of John Mason.
Visit the Tribute Store
Share Your Memory of
John
Upload Your Memory View All Memories
Be the first to upload a memory!
Share A Memory
Plant a Tree