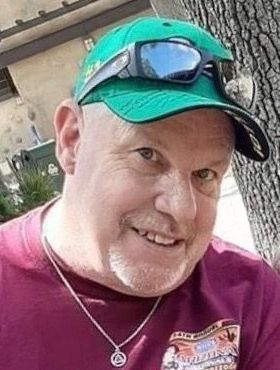 Kenneth “Kenny” Kear, a resident of Wappingers Falls, entered into rest Tuesday, June 23, 2020 in Newburgh. He was 60 year of age. Son of the late Edward and Doris Busch Kear, he was born March 8, 1960 in Peekskill. He grew up on Dutch Street in Montrose and graduated from Hendrick Hudson High School in 1978 where he was a star basketball player. He married the former Frances “Francie” Conforti Stretz on December 21, 2012. Mrs. Kear survives at home in Wappingers Falls. Kenny worked as a two-way radio technician for Goosetown Communications in Congers. He was known to climb radio towers and was known throughout the tri-state area for installing and servicing radios for police, fire departments and EMS. Kenny was a past member of Cortlandt Engine Company in Montrose. He was a proud member of the “No More For The Road” AA based in Fishkill. Kenny was an avid car person, just like his father, and was very proud of his 2000 Z-28 Camaro. He was an avid race fan, including dirt track, drag racing and NASCAR. He enjoyed his time spent working on three pit crews Bobby Albert Racing, Chuck McKee Racing and Craig Mitchell Racing. He was a member of the NYS Dirtcar Association. He was a longtime fan and friend of nationally recognized drag and funny car racer, Jack Beckman. Kenny was also well known for playing the guitar and played in several bands including Legend and Skeleton Crew. In addition to his wife, Francie, he is survived by his daughter, Allison Kear of Florida; his sons, Anthony Stretz of Wappingers Falls and Donny Stretz and wife, Amanda of Tulsa, Oklahoma; his brother, Edward Kear and wife, Judy of Fishkill; his sister, Darlene Gardner and husband, Alan of Florida; his sister-in-law, Teresa Bender and husband, Mike of South Carolina; his grandchildren, Macee and Ava Stretz; his nieces and nephew, Melissa (Richie) Schneider, Matthew (Cadey) Ryan, Megan Ryan, Barbara Gardner and Lisa Gardner; several great-nieces and great-nephews; as well as his beloved dog, Bailey. Family will receive friends on Friday, June 26, 2020 from 4 to 8 p.m. at Straub, Catalano & Halvey Funeral Home, 55 East Main Street in Wappingers Falls. In compliance with NYS guidelines, social distancing is required and capacity is limited. Attendees should be prepared for a possible waiting period. In lieu of flowers, memorial donations may be made to the family via https://gf.me/u/ybkyph To send a personal condolence, please visit our website at www.StraubCatalanoHalvey.com.
To send flowers to the family or plant a tree in memory of Kenneth Kear, please visit Tribute Store
Friday
26
June