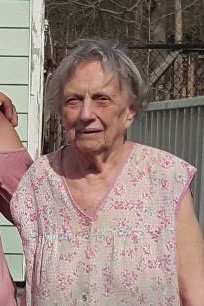 Lois P. Osterhoudt, 91, a Wappingers Falls resident died Wednesday, September 9, 2020 at her home. Born June 12, 1929 in Medford, Massachusetts, she was the daughter of the late Francis V. and Frances E. Parker. She was married to Robert E. Osterhoudt who predeceased April 19, 1979. Survivors include a daughter, Kathleen Osterhoudt of Wappingers Falls; two sons, Paul Osterhoudt of Long Beach, California and David Osterhoudt of Sebastian, Florida; eight grandchildren; eight great-grandchildren; as well as several nieces and nephews. In addition to her husband, she was predeceased by her sister, Jean Strom on May 31, 2006 and granddaughter, Elizabeth Grace Osterhoudt on February 24, 1998. Services will be private. Arrangements are under the direction of Straub, Catalano & Halvey Funeral Home, 55 East Main Street, Wappingers Falls, NY. To send the family a personal condolence, please visit our website at www.StraubCatalanoHalvey.com.
To plant a beautiful memorial tree in memory of Lois Osterhoudt, please visit our Tree Store

A Memorial Tree was planted for Lois
We are deeply sorry for your loss ~ the staff at Straub, Catalano & Halvey Funeral Home
Join in honoring their life - plant a memorial tree
Services for Lois Osterhoudt
There are no events scheduled. You can still show your support by planting a tree in memory of Lois Osterhoudt.
Plant a tree in memory of Lois
Share Your Memory of
Lois
Upload Your Memory View All Memories
Be the first to upload a memory!
Share A Memory
Plant a Tree