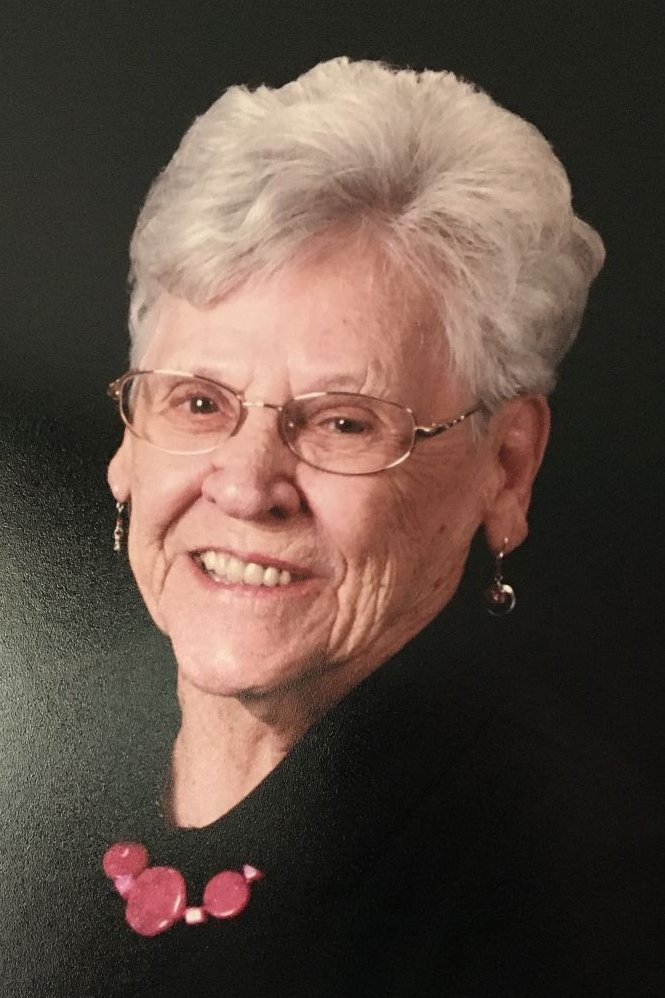 Dorothy Marie Liebermann was born on April 28, 1916 in Bellville, New Jersey to Veronica (Moran) and George A. Liebermann. Dorothy had two brothers, George the eldest and Donald, her twin. Both have predeceased her. When Dorothy was a preteen her mother passed away so Dorothy learned to keep house and cook for her father and brothers. As a young woman she secured a job at the Black Prince Distillery Co. in Nutley, NJ where she met George Paxton, the foreman. They dated but then World War II broke out and George enlisted in Navy and served in the Submarine Corps. He was stationed at the Great Lakes Naval Training Center. In March of 1943 while George was on leave, they married at St. Nicholas Roman Catholic Church in Passaic, NJ. In December of 1944 their first child was born, a girl they named Mary Gayle. They returned to Nutley where their second child, John was born but he soon died. In 1951, their second daughter, Nancy Ann was born. They moved to Passaic where Dorothy took a job at McCrory’s 5 & 10 selling cookies so her two girls could attend the parochial school which required the wearing of uniforms. In 1964, her husband, George died of cancer. The oldest daughter was attending secondary school and out of the house, so Dorothy and Nancy moved to Dutchess County, NY. Dorothy worked at the Imperial Plaza Grand Union as well as the Red Oaks Mill store until her retirement. She enjoyed traveling with a small group of friends and visited Florida, Spain, Italy and took several tropical cruises. Both her daughters married and Dorothy lived independently until August of 2018 when she moved in with her daughter Gayle. In December of 2019, following hospitalization and rehab therapy she entered Wingate at Dutchess in Fishkill. She adjusted well to her new surroundings and enjoyed the many musical entertainments offered. The Covid-19 virus which required prohibition of visiting was very difficult and confusing to her. Her routine Covid test turned positive on January 6 and she was admitted to Vassar Brothers Medical Center where she received fantastic care and love from the staff on South 7. Still prohibited from visiting, the staff generously assisted in providing short phone glimpses for her and her daughter to see one another. They had been separated for approximately eight months. Her thin face under a large mask turned toward her daughter and although she struggled she said her last words, “I love you”. We love you too Mom. God bless and His peace be yours. Dorothy leaves behind her daughters, Gayle Silvestri of Wappingers Falls and Nancy (Paul) Frappollo of Lake City, Florida; grandson, James Burke of Florida; two great-grandchildren; cousin, Jane Schweyher of North Carolina; nephews, Kim Liebermann, Mark (Diane) Liebermann of Wappingers Falls and Kelly (Tony) Castro of Orange County; nieces, Maureen Gage of Hopewell Junction, Marianne Willis of Georgia, SaraJane (Joe) Lombardi of Georgia, Dr. Jane Carr, PhD of NJ, Deborah (Larry) Schendell of NJ, Kathy Loden of NJ and Susan Loden of Massachusetts. A viewing will be held at 2 pm on Sunday, January 17, 2021 at The Church of the Resurrection, Route 376 in Hopewell Junction. A Funeral Mass will follow at 2:30 pm at the church. Masks must be worn and social distancing practiced for all services. For directions or to send the family a personal condolence, please visit our website at www.StraubCatalanoHalvey.com.
To send flowers to the family or plant a tree in memory of Dorothy Paxton, please visit Tribute Store
Sunday
17
January