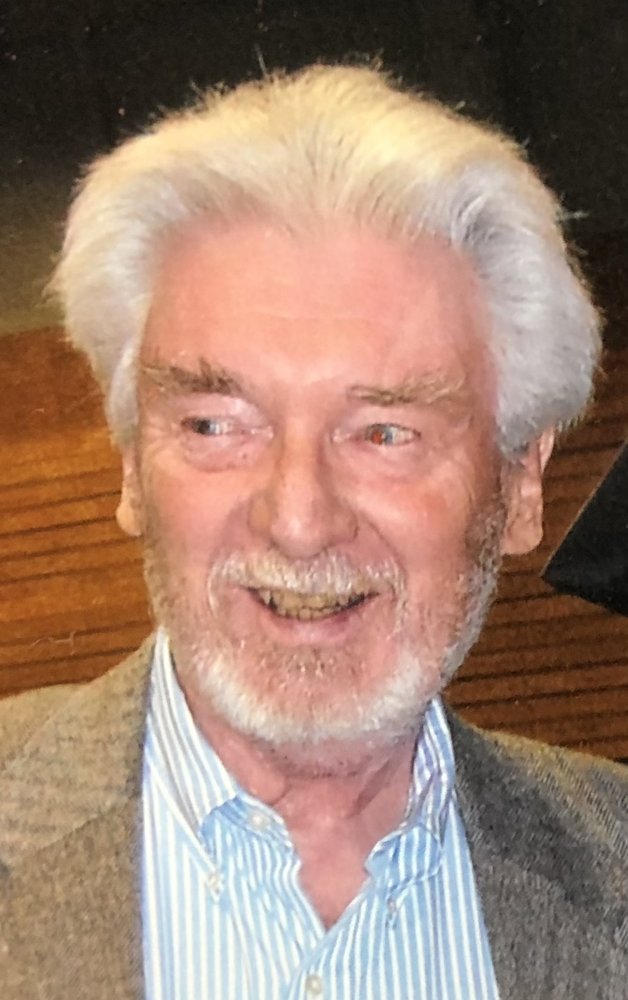 William Keane, a 52 year resident of Wappingers Falls, passed away on January 21, 2021. William was born in High Bridge, Manhattan on August 29, 1936. He was the son of the late William and Elfrieda Keane. His older brother Harvey and younger brother Edmund predeceased him. He was raised in Bay Ridge, Brooklyn where he met his future wife, Isabelle Rice, at the age of fourteen. He attended Brooklyn Tech High School before joining the United States Air Force. He served from 1954-1958 as a Cryptographer stationed overseas in Morocco. After completion of his service, Bill left with the rank of Staff Sergeant. Upon returning to the States, he proposed to Isabelle Rice and married her on August 22, 1959 at our Lady of Perpetual Help in Bay Ridge, Brooklyn. They were married for 31 years before Isabelle passed on January 5, 1990. Using the G.I. Bill, he attended St. John's at the Downtown Brooklyn Campus and studied English Literature. He studied at night after work and graduated in 1966. Bill began work on his Master's Degree at NYU but moved to the Hudson Valley before he could finish it. Bill worked for IBM from 1969-1993 before retiring as a Senior Level Manager in Testing. After retiring, Bill ran for Town Councilman in the 4th Ward and became active in the Democratic Party. Bill subbed in the Millbrook District for seven years, which he loved. He loved to study literature in his free time and had an extensive library that he cultivated for decades. Bill's main hobby was white water canoeing and kayaking. Over the course of many years, he navigated many rivers and took part in many slalom races. The Wappingers Creek Race was always a yearly highlight and Bill enjoyed helping Moose Karn and others clean the creek prior to it. Bill loved to be outdoors and walked regularly. When his children were younger, Bill coached CYO Basketball and Little League. He was also a Boy Scout Volunteer. He leaves behind his cherished partner Lynn Miceli. He also leaves behind his three children and their families: Kathleen Ward of Hopatcong, New Jersey, her husband Tom, and children Isabella and Tommy; Brian Keane of Boston, Massachusetts, his partner Diana Imposimato, his children Kieran and Jordan; and Erin Dyke of Poughkeepsie, her husband Brian, and children William and Ewan. Family will receive their friends on Thursday, January 28, 2021 from 5 to 8 p.m. at Straub, Catalano & Halvey Funeral Home, 55 E. Main Street, Wappingers Falls, NY 12590. A Mass of Christian Burial will be offered on Friday, January 29, 2021 at 10 a.m. at St. Mary’s Church, 11 Clinton Street in Wappingers Falls. Interment with military honors will follow in St. Mary’s Cemetery, Wappingers Falls. Masks must be worn and social distancing observed during all services. For directions, the link to live stream the funeral Mass or to send a personal condolence, please visit www.StraubCatalanoHalvey.com.
To send flowers to the family or plant a tree in memory of William Keane, please visit Tribute Store
View Funeral Webcast
Thursday
28
January