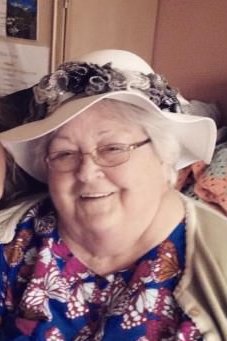 Jeanett F. Wallace, a resident of Wappingers Falls, entered into rest Wednesday, January 27, 2021 at Vassar Brothers Medical Center in Poughkeepsie. She was 85. Daughter of the late Frank and Ethel Cole Conklin, she was born March 28, 1935 in Peekskill. She married Robert P. Wallace, Sr. on January 27, 1956 in Verplank, New York. Mr. Wallace preceded her in death on May 27, 1981. Prior to her retirement, Jeanett worked at IBM in Poughkeepsie. She was a former member of the Hyde Park Fire Department Auxiliary. She was a parishioner of St. Mary’s Church in Wappingers Falls. In her spare time, she enjoyed crafting and jewelry making. Survivors include her children, Robert Wallace, Jr. of Red Hook, Robin Stoetzel and her husband, Peter of Poughkeepsie, Karen Beyer of Hyde Park, Diane Surman and her partner Bill Doyne of Myrtle Beach, South Carolina and Thomas Wallace and his wife, Barbara of Poughkeepsie; her grandchildren, Ryan (Leigha) Wallace, Michelle (Brian) Lynch, Christopher (Caroline) Beyer, Jessica (Dan) Emery, Michael (fiancée Myriah LaTourette) Surman, Benjamin Surman, Chad Wallace, Travis Wallace, and Caitlin Wallace (and Louie Wallace); her great-grandchildren, Brayden Emery, Dylan Wallace and Cecilia Wallace; as well as numerous nieces and nephews. She was predeceased by her siblings, Charles Conklin, Gloria Iannone, Arma Carbone, May Esposito and Frank Conklin, Jr. Family will receive their friends on Monday, Februray 8, 2021 from 4 to 7 p.m. at Straub, Catalano & Halvey Funeral Home, 55 East Main Street, Wappingers Falls, NY 12590. A Mass of Christian Burial will be offered on Tuesday, February 9 at 10 a.m. at St. Mary’s Church, 11 Clinton Street in Wappingers Falls. Interment will follow in Wappingers Rural Cemetery, West Main Street in Wappingers Falls. In compliance with NYS guidelines, wearing masks and social distancing are required and capacity is limited. Attendees should be prepared for a possible waiting period. The family wishes to thank the staff at Lutheran Care Center in Poughkeepsie for all their kindness and compassion. Memorial donations may be made to the American Cancer Society, www.cancer.org. For directions or to send a personal condolence, please visit www.StraubCatalanoHalvey.com.
To send flowers to the family or plant a tree in memory of Jeanett Wallace, please visit Tribute Store
Monday
8
February