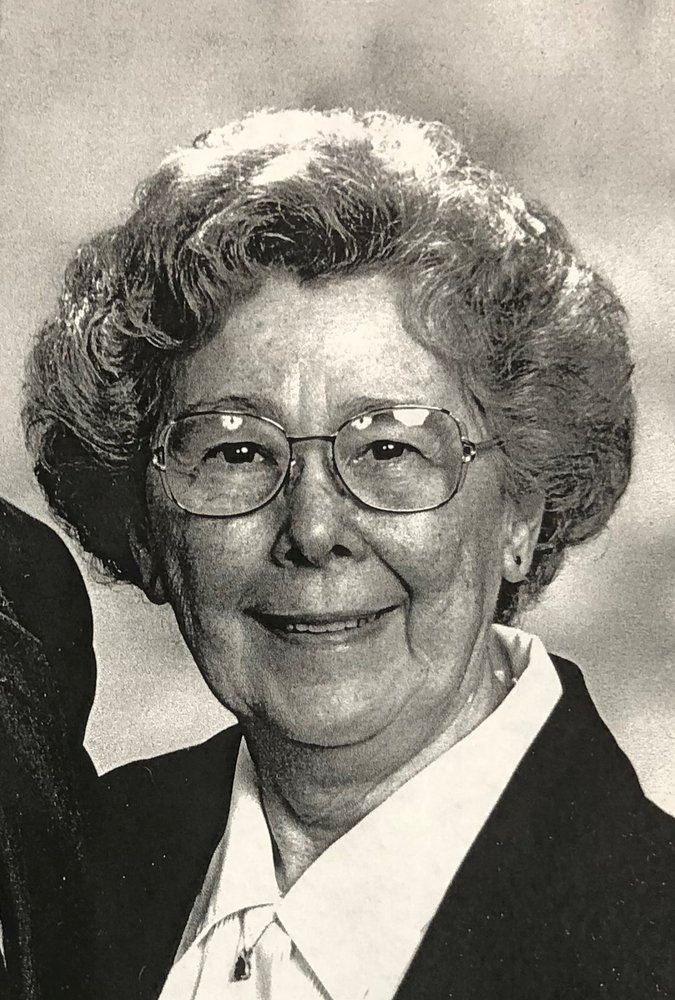 Jean Louise (Olofson) Shepherd, died April 6, 2021 at home after a decade-long bout with besetting dementia and slight stroke. She was born January 27, 1925 as the only daughter to David Emery and Mary Louise (Witter) Olofson in Westfield, PA. She graduated from Westfield High School in June of 1943. Soon thereafter, she joined other young ladies from that area as Government Girls in various departments in Washington, D.C. Jean worked in the Navy Department where she met her future husband, William “Bill” Shepherd. They were married there in Washington, D.C. on June 28, 1947 in the Church of the Epiphany. After Bill’s Navy discharge in June of 1949, they moved to Texas where Bill entered college and then to Pennsylvania in 1952, where Bill entered Penn State. From there, Bill, Jean and their little family moved to Port Arthur, Texas where Bill was employed by Texaco. There Jean engaged herself as a Cub Scout den mother, in Eastern Star, in Order of Rain Bow Girls, and leading a home of husband, one daughter and four sons. Later, she and Bill lived in Belgium and Germany, finally settling in the Town of Poughkeepsie.

She was a member of Vassar Road Baptist Church, a 65 year member of Eastern Star, 60 year member of the Daughters of the American Revolution, Melizingah Chapter, avid collector of cook books, bells and genealogical information on the family’s ancestors.

She was preceded in death by her parents and only brother, John Lee Olofson and wife, Annette of Westfield, PA.

Jean will be buried the family’s historic Webster Cemetery, Leigh, Harrison County, Texas with no religious or civil services.

In lieu of flowers, memorial donations may be made to a charity of your choice.

To plant a beautiful memorial tree in memory of Jean Shepherd, please visit our Tree Store

A Memorial Tree was planted for Jean
We are deeply sorry for your loss ~ the staff at Straub, Catalano & Halvey Funeral Home
Join in honoring their life - plant a memorial tree
Services for Jean Shepherd
There are no events scheduled. You can still show your support by planting a tree in memory of Jean Shepherd.
Plant a tree in memory of Jean
Share Your Memory of
Jean
Upload Your Memory View All Memories
Be the first to upload a memory!
Share A Memory
Plant a Tree