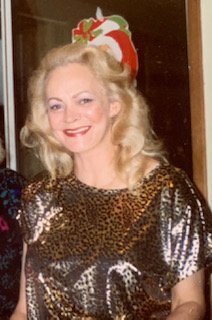 Maureen Elizabeth James, a resident of Wappingers Falls, entered into rest Saturday, July 10, 2021 at her home. She was 77.

Daughter of the late Chester James and Florence Wilson Nelson, she was born August 20, 1943 in Brooklyn. Prior to her retirement, Maureen worked as a waitress at many local restaurants including Ponderosa in Poughkeepsie. With her cheery attitude, she made many friends while working. Maureen was also an artist, working both fine arts and commercially. Her pictures hung in numerous galleries locally. She was a devoted parishioner of St. Mary’s Church in Wappingers Falls for fifty years. She was a member of Phi Beta Kappa and supported Wounded Warriors. She was a member of the Tea Party and was politically active. Most of all she was known as the matriarch of the family and for the wisdom she shared with those she loved.

Survivors include her children, Dianna Ashworth and her husband, Robert of Florida; Kathleen Lievers-Cullen and her companion, Richard Owens of Poughkeepsie; and James Merritt and his companion, Katharine Arnold of Wappingers Falls; her son-in-law, Thomas Cullen; her daughter-in-law, Rachael Gardner; her sister, Esther Brill and her husband, Lawrence; her twelve grandchildren; her nineteen great-grandchildren; as well as several nieces and nephews.

She was predeceased by her daughter, Melissa Merritt Whitney; her husband, Dan Lievers; her significant other, Ronald Merritt; and her brother, Thomas James.

To send flowers to the family or plant a tree in memory of Maureen James, please visit Tribute Store
Friday
16
July