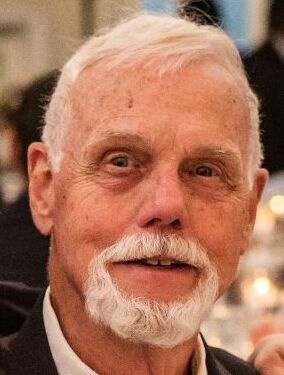 Born to Esther (McMeen) and William O. Colbert on March 26, 1937, Bill graduated from Croton-Harmon High School in 1955. He spent 41 years as an engineer for the railroad, retiring from Metro-North in Croton-on-Hudson.

Like his father before him, Bill proudly served in the US Navy.

Bill met his future wife Carmella Soricelli at the Peekskill Roller Rink. Once they were married they settled in Mohegan Lake where they raised their four children. As a family, they spent countless vacations traveling in their various motor homes. Bill was especially proud of the charter bus that he converted into a motor home and was surprised to most recently find it is still in use in the Midwest. Bill also enjoyed riding his motorcycle and had the chance for a final ride in the local September 11th Memorial run a few weeks ago. Bill was well known to be able to fix just about anything, and he stayed active up to his final days, working out regularly and participating in Town of Cortlandt Senior Events.

Bill was predeceased by his wife, Carmella; his sisters, Marilyn Hansen and Iris Dixon; his son-in-law, Brian Boryk; his grandson, Brogan Colbert; and his companion, Barbara Calabrese.

A graveside service with military honors will be held Thursday, September 30, 2021 at 2 p.m. at Bethel Cemetery in Croton-on-Hudson.