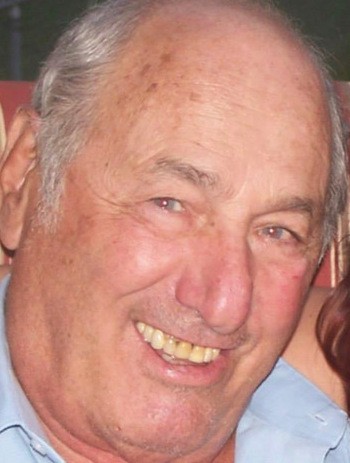 Henry Boldrin, 85, affectionately known as Hank, of Wappingers Falls, NY, passed away peacefully on Friday, November 12, 2021. Born in Buffalo, NY on January 11, 1936, he was the son of the late Santo and Stella Boldrin. He lived most of his life in Wappingers Falls.

Hank married his love, Janet Federico in 1956 and was proud of his two sons, Hank (wife Ellen), of Hyde Park, NY, Jeff (wife Cathy), of Wappingers Falls and daughter, Leslee Terpay (husband Greg), of Lone Tree, CO. He is survived by loving grandchildren: Lauren (husband Randall), Daniel, Jamielyn, Juliana, Jeffrey Jr. and great grandchildren: Theo, Everett and Eloise. He is also survived by his siblings, Warren, Herman and Julia, nieces and nephews. He was blessed with many friends. Hank was predeceased by his wife Janet, and sister Gloria in 2002.

Mr. Boldrin graduated from Wappingers Central School in 1953, where he was an All-American Offensive End football player. After high school, he went on to play semi-pro football for the Beacon Bears. He worked at Schatz Federal Bearing. He started his professional career at IBM Poughkeepsie in 1956 at the IBM Country Club and retired after a long career in Systems Management. Hank was inducted into the Wappingers Falls Sports Hall of Fame. For over 50 years, Hank was found officiating local sporting events as a passionate IAABO Board 114 member and a past President.  He was instrumental in creating the Mid-Hudson Valley Women’s Basketball Officials organization, where he was a former President. Hank was proud to be an NCAA Division 1, 2 and 3 basketball referee. After the games, he enjoyed meeting his fellow officials in local establishments to review the night’s events. In addition to basketball, Hank also was a NCAA Division 2 and 3 softball official and refed local volleyball games as a member in the Mid-Hudson Valley Board of Volleyball Officials. In his retirement years, Hank enjoyed golfing, meeting with friends, and planning and attending school reunions. Hank was member of the Wappingers Elk’s club and a 4th Degree member of Wappingers Knights of Columbus, as well as a lifelong parishioner at St. Mary’s Catholic Church.

Hank’s family will receive friends and family on Tuesday, November 16, 2021 from 4-8 PM at Straub Catalano & Halvey Funeral Home, 55 East Main Street, Wappingers Falls, NY. A Mass of Christian Burial will be celebrated on Wednesday, November 17th at 11:30 AM at St. Mary’s Church, Clinton St., Wappingers Falls, followed by interment where he will be joined with his wife Janet at St. Mary’s Cemetery.

In lieu of flowers the family requests memorial donations be made to the Knights of Columbus #1646 Wappingers Falls. Condolences may be left on Hank’s online guest book at www.straubcatalanohalvey.com

To send flowers to the family or plant a tree in memory of Henry Boldrin, Sr., please visit Tribute Store
Tuesday
16
November