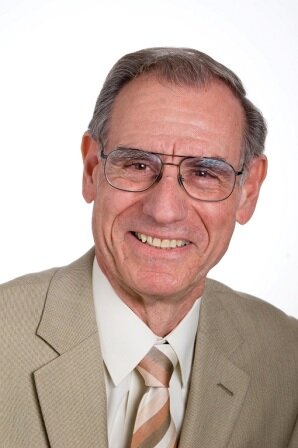 Son of the late Michael and Elize Hovesepian Manasar, he was born September 28, 1946 in Peekskill, New York. Armen was salutatorian of his graduating class at Peekskill Military Academy and then went on to graduate from Union College in Schenectady. He then received his Doctorate of Dental Surgery degree from Northwestern University in Chicago. He then completed his residency at New Rochelle Hospital.

In 1976, Armen married Nora Khanikian in Belmont, Massachusetts and they started their lives together in Peekskill, New York.

Armen started his private practice in Wappingers Falls  in 1973, and began building relationships with many who considered him so much more than a dentist. Dr. Manasar was past president of the Dutchess County Dental Society, past president of the 9th District Dental Association and served on countless committees within the New York State Dental Association. In addition, he served as the Director of Dentistry at Vassar Brothers Medical Center for 22 years and was selected as an honoree at Vassar's Diamond Gala in 2010. Armen was also involved in numerous other professional and civic organizations over the years.

In addition to his loving wife, Nora, he is survived by his children, Lisa Nersessian and her husband, Dr. Nersesse of Acton, Massachusetts and Dr. Michael Manasar and his wife, Ani of Wappingers Falls; his brother, Haig Casparian and his wife, Kathryn of New York, New York; his grandchildren, Levon Nersessian, Chase Manasar and Chloe Manasar; his niece and nephews, Pamela Leinbach, Theodore Casparian and Thomas Casparian; first cousins Jack Boyajian and Diran Khachadorian; Edward Shahbazian who loved him like a brother, as well as many cousins. Armen was predeceased by his loving first cousins, Casper Casparian, Aram Casparian, Armenoosh Shahbazian, Anahid Bandazian and Ardem Yousoof.

A doting grandfather, "pop-pop" would teach one grandchild how to play backgammon, take another biking, or delight in drawing pictures with the youngest. Ever the avid storyteller, he entertained them with his fly fishing and skiing adventures.

Armen was a renaissance man, tirelessly involving himself in many pursuits.  He touched the lives of many through his kindness and compassion. He will be sorely missed by all those who knew him.

Family will receive friends on Saturday November 20th from 11 a.m. to 12 p.m. at Straub, Catalano & Halvey Funeral Home, 55 East Main Street in Wappingers Falls. A funeral service will follow at 12 p.m. at the funeral home. At the request of the family, masks must be worn for all indoor services. A live stream of the funeral service will be available on the funeral home’s website. Interment will follow in Fishkill Rural Cemetery, Route 9 in Fishkill.

In lieu of flowers memorial donations may be made in Armen's name to the Fund for Armenian Relief, www.farusa.org/manasar.