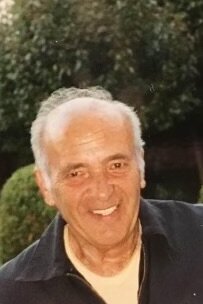 Ralph John Donofrio, age 84 died peacefully, with family by his side, at Vassar Brothers Medical Center, on Sunday December 26th, 2021. He was born on April 19th, 1937 in Larchmont, NY, the son of John and Ella (Brauninger) Donofrio. He was a resident of Poughquag since retirement.

Ralph was raised in Larchmont, NY and attended Mamaroneck High School, until he enlisted in the U.S. Army. After serving for four years, Ralph began working for the Village of Larchmont. He  worked there for over thirty years, until his retirement in the mid 1990’s.

In 1966, Ralph met and fell in love with MaryAnn Pompi. Soon after, he began to help her care for and raise her two young children, treating them as his own. The couple officially wed in 1976 and were married for 36 years, until MaryAnn’s death in August of 2012.

It is a well known fact, animals loved Ralph and he loved them. He was especially fond of his four German Shepards, (Sugar, Trixie, Holly and Lady, who also predeceased him) and his many “grand” dogs (Samantha, Maggie, Toby, Maxie, Zoey and Lucy)

Ralph was also an avid baseball lover. He was well known in his hometown for his talent on the field.  He played on a local team,  “Uncle Carl’s Tavern” where teammates fondly nicknamed him “Razz”. He was also known for his love of fishing, tinkering, collecting and for being a New York Yankees Fan. Later in life he enjoyed watching The New York Giants on Sundays with the family and religiously drinking "Cumby’s" coffee.

A viewing and short funeral service will be held on Sunday January 2nd, 2022 from 12:00pm-2:00pm at Straub, Catalano & Halvey in Wappingers Falls, NY.

To send flowers to the family or plant a tree in memory of Ralph Donofrio, please visit Tribute Store
Sunday
2
January