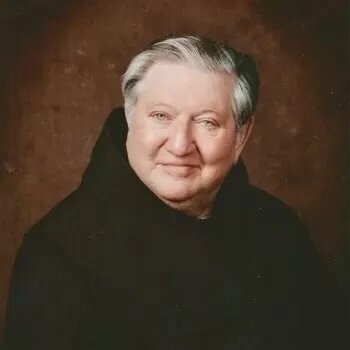 After ordination Isaac studied at Catholic University of America, receiving an M.A. in History, and then attended the Academy of American Franciscan History in Washington. He was assigned to teaching and initial formation at Mt. Alvernia Seminary, Wappingers Falls, NY, as Master of Clerics, and St. Francis Seraphic Seminary, Andover, MA as Prefect of Students. In 1966 Isaac transferred to Central America where he served for almost thirty years. During that time, he ministered at Sonsonate, El Salvador; Guatemala City, Guatemala; and Comayagua, Honduras, where he was involved in both parochial and academic ministry. He also served as President of the Central American Foundation and Rector of the Instituto San Francisco. Isaac returned to the United States where he served at St. Anthony Parish in Troy, NY, and St. Rose of Lima Parish in Meriden, CT. Isaac retired to St. Anthony Friary in Catskill, where he remained until taking up residence at Teresian Home in March of 2020.

To send flowers to the family or plant a tree in memory of Fr. Isaac Calicchio, O.F.M., please visit Tribute Store
Wednesday
9
February