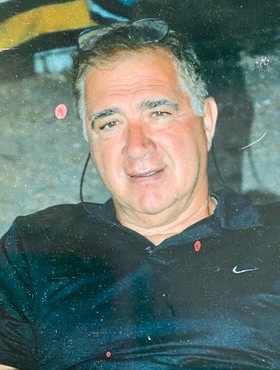 Anthony Vincent (Tony) Campilii, 80, of Wappingers Falls, NY, passed away peacefully at home on February 26, 2022. He was surrounded by love with his wife of 59 years, Ginny, at his side.
Tony was born on July 17, 1941, in Poughkeepsie, NY to the late Nicolo and Venzie (Palazzo) Campilii. He was preceded in death by his sister, Lorraine.
A lifelong resident of the Village of Wappingers Falls, NY, Tony was part of an extended and close-knit Italian family.  Fun loving and mischievous, Tony was the first in his family to earn a college degree. He graduated in 1962 from Marist College where he captained the crew team, and he went on to earn his MBA from Marist in 1980.
Tony is lovingly remembered by his daughter Susan (Tim) Willis, Christian (Lynn) Campilii, and Allison (Jay) Sapp. He is also survived by eight beloved grandchildren, Michael (Maggie) and Brian Willis, Marissa (Bryce) Gioia, Katie, Sydney and Gabrielle Campilii, Justin and Kevin Sapp, and great grandson Campbell Timothy Willis.
A previously published profile in the Beacon Free Press described Tony as a man of firsts: he married his first girlfriend and childhood sweetheart, Ginny (DiSantis). He was a member of the first graduating class (’60) at Dutchess Community College, and he was among the first class of Laymen to graduate from Marist College in 1962.  He even stayed at his first job for a lifetime--after graduating with an accounting degree, he remained at Marist College for the entirety of his 43-year career. He retired in 2005 as the Chief Financial Officer and Vice President for Business Affairs.
A man of faith and service, Tony was always willing to lend a hand. He devoted himself to his community throughout his life. He served as President and Treasurer for the Grinnell Library Board and was active in the St Mary’s Parish Council--even leading bingo as well as the crews of Sunday “counters.”  He was a member of the Wappingers Knights of Columbus #1646 and  actively involved in Mental Health Association of Dutchess County, American Cancer Society, Wappingers Playgroup Nursery School, United Way, Dutchess County Cooperative Extension, Eleanor Roosevelt History Site at Val-Kill, and the Samuel B. Morse Estate at Locust Grove. He mentored students at Marist College and fundraised for numerous causes.
Tony will also be remembered for his zest for life, sense of adventure, and love for his family. He went on cruises and vacations all over the world, traveling to different continents with his family and delighting in exploring new cultures. Highlights included a trip to Italy with his entire family in 2006 and a cruise to Greece for their 50th wedding anniversary.
Tony loved spending time with his family in the sun. In particular, he loved the Jersey Shore. He bought and renovated a house in Lavallette, NJ in 1982. This decision led to decades of family fun (and untold profit for the Colonial Bakery and Salty’s Ice Cream). Travelers down New York Avenue will remember him sitting in the driveway of his house in a lawn chair, or setting up his umbrella while sporting a speedo well into his 60s. He also enjoyed “snowbird” trips to Florida with his beloved Ginny throughout retirement.
He was sensitive and kind while simultaneously being mischievous and silly. An avid gardener, Tony saw the beauty in nature and enjoyed cultivating flowers for his family to enjoy. He would defend his garden from stray cats by spraying them with super soakers. He was known to announce to his grandchildren that they were having “worms for dinner” only to take them out for pizza and movies. He was known to make jokes at the expense of his grandchildren while simultaneously being their champion in moments big and small – including crying at multiple 8th grade graduations.
He will be missed by his family dearly. He was a sharply dressed man – no one will rock a tan suit or pink shirt better at a wedding. He was the life of the party; birthdays won’t be the same without him singing happy birthday (and eating the biggest slice of cake at the party). Most of all, Tony was a fundamentally good man. He taught his family to love unconditionally, laugh uproariously, and celebrate all of the joys life had to offer. We’ll save you a cannoli, Tony!
Visitation will be held on Monday, February 28, 2022 from 4 to 8 p.m. at Straub, Catalano & Halvey Funeral Home, 55 E. Main Street, Wappingers Falls, NY 12590.
A Mass of Christian Burial will be offered on Tuesday, March 1, 2022 at 10 a.m. at St. Mary’s Church, 11 Clinton Street in Wappingers Falls. Interment will follow in St. Mary’s Cemetery, Wappingers Falls.
In lieu of flowers, memorial donations may be made to The Campilii Family Scholarship at Marist College, 3399 North Road, Poughkeepsie, NY 12601-1387 or St. Mary’s Church, 11 Clinton Street, Wappingers Falls, NY 12590-1529.
For directions or to send a personal condolence, please visit www.StraubCatalanoHalvey.com.

To send flowers to the family or plant a tree in memory of Anthony Campilii, please visit Tribute Store
Monday
28
February