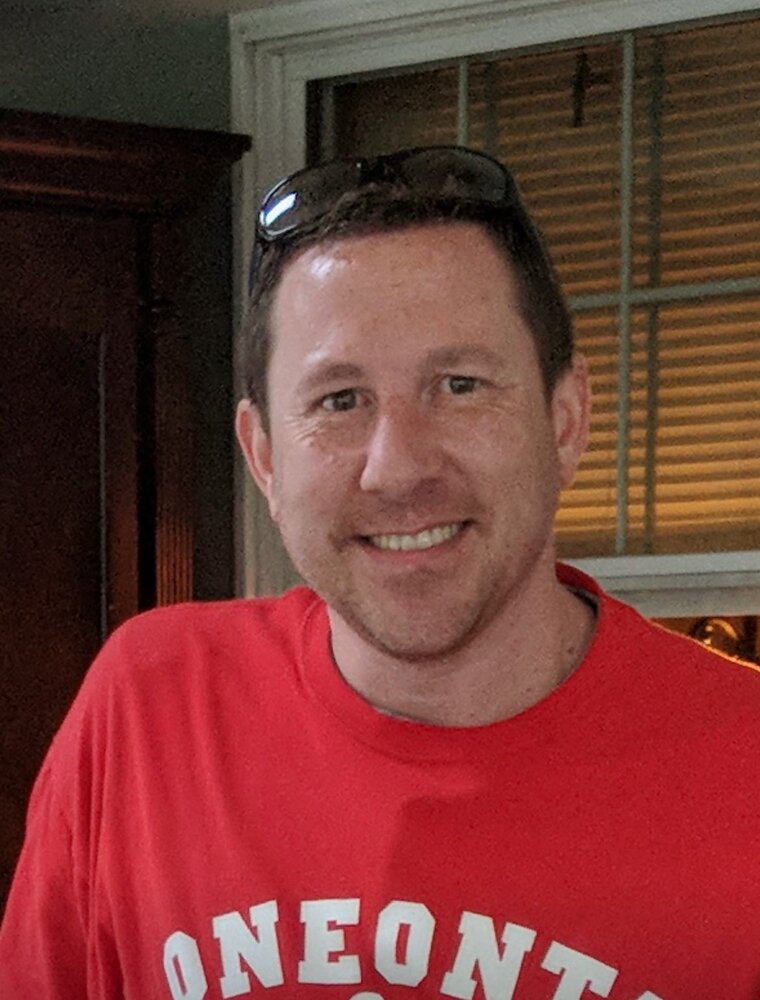 Sports, Music, Stock trading, Movie/Television trivia, and laughing were among Christopher’s favorite things   His love for his family was only rivaled by his love for the N.Y.  Mets.  An avid Mets fan since a child, Christopher attended hundreds of games; from Opening day, home or away, to the World Series, the man bled Orange and Blue.  During the winter, Chris would be found hitting the slopes and in the summer hitting the golf ball or playing softball. He wrestled in high school and played rugby in college. The more chance for injury, the more he enjoyed it.

Music played a large role in Chris’ life.  His taste in music was indicative of who Chris was - a hard charging, energy laden personality.  When the music was on and the ear buds were in he would be in his zone, but one good thing about Mugsy is that he never objected to removing the ear buds to listen to what you had to say.  Out of the blue, Chris would provide you with the perfect “Seinfeld” or “Fight Club” quote for the moment at hand. He could quote the entire script of “My Cousin Vinny,” “A Few Good Men,” or “The Outsiders.” Chris also enjoyed grilling and doing projects around the house and yard, ranging from lawn mowing and yard maintenance to building a zipline for his nephews, and his annual tradition of organizing homemade pizza making on Black Friday.

Chris graduated from Ketcham High School in 1993, attended Dutchess Community College, then SUNY Oneonta, where he graduated with a Business degree in 2000. Chris worked in sales for several companies on Wall Street over the course of his career. He began and ended his career working for Thompson-Reuters. He used his experience working on Wall Street and enjoyed trading in the market.  He always liked a good risk and was willing to prove anyone who doubted him wrong.  He was right more times than not.

A memorial service will be held on Saturday morning at 10:00 a.m. at the funeral home. Burial will follow at the Fishkill Rural Cemetery, Route 9, Fishkill, NY.

In lieu of flowers, just do right by one another and rock on.

To send flowers to the family or plant a tree in memory of Christopher Milone, please visit Tribute Store
Friday
11
March