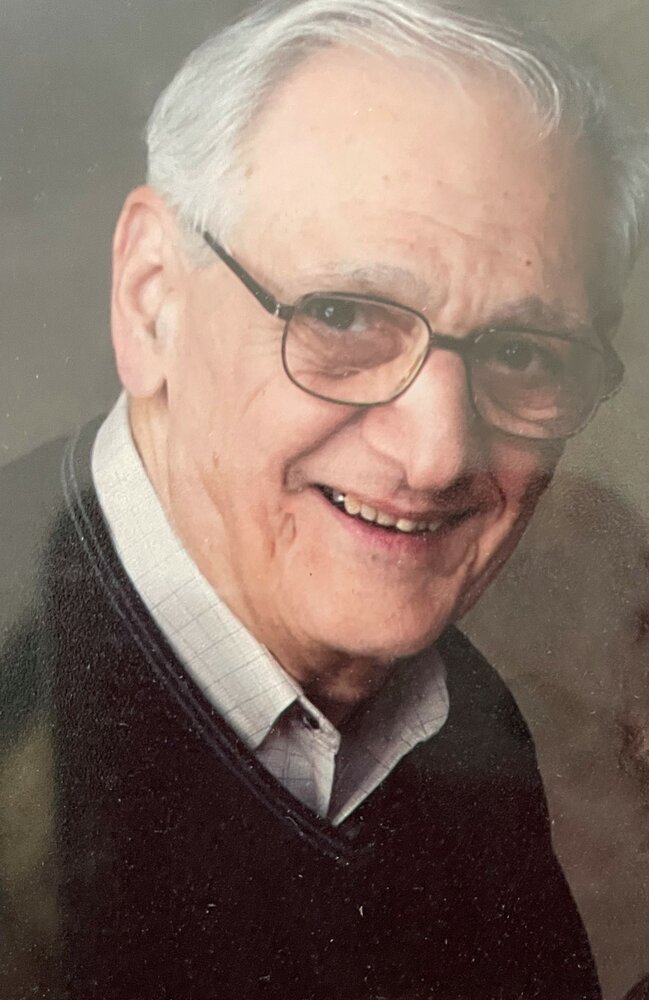 Edward Karnig Shahbazian, a fifty-six year resident of the Town of Poughkeepsie and formerly of Englewood, NJ, peacefully entered eternal rest on Thursday, April 28, 2022 with his loving family by his side at the age of 88.  Son of the late Karnig and Alice Shahbazian, he was born September 19, 1933 and was affectionately known as “Eddie” and “Ed.”  He is predeceased by his loving wife of 62 years, Armenoosh Casparian Shahbazian.

At the young age of 15, Ed began his business training by working alongside his father in the family business, Walker Textile Corporation, an elastic braid manufacturing plant in Manhattan, later moving to Union City, NJ.  After graduating from Dwight Morrow High School in 1951, he became a 1955 graduate of Fairleigh Dickinson University with a BS degree in accounting, where he was known as “Sharpie Shahbazian.” Soon thereafter he joined the US Army and served until 1958. During that time he began a courtship with Armenoosh, the love of his life.  They married on April 4, 1959 and started their life together in New Jersey while Ed returned to the family business, earned his CPA and MBA degree with honors in 1962 from his alma mater.

It was Ed’s delight to be in the midst of an active, challenging work environment, solving difficult problems, pushing business forward and making friends all the while. By 1965 he accepted a job with IBM in Poughkeepsie, NY that would prove to be very fulfilling and successful in the areas of accounting, finance and management development.  Additionally, he took on an adjunct professorship at Mount St. Mary College. After 30 years with IBM, Ed “retired” by working until the age of 85, first as Director of Finance at the Poughkeepsie YWCA and then for many years as Business Consultant with N&S Supply in Fishkill.  During his long-standing career he was a mentor to many co-workers and finally retired in 2020.

Ed was a valued and respected member of many communities.  A man of faith, having been raised in the Armenian Apostolic and Episcopal churches, he, along with his wife, was an active member of Fishkill Baptist Church for 50 years.  There he fully enjoyed the fellowship of church community, made lifelong friendships and served in many roles including treasurer, trustee and business planner. Devoted to his Armenian heritage, he participated faithfully in the Mid-Hudson Armenian Club and benevolently gave to Armenian causes.  As a proud veteran, he always found ways to honor those in service with his respect and generosity.

Gregarious, kind-hearted, taking genuine interest in others and a gifted story teller, Ed forged friendships everywhere he went. Even in most recent months he had made new friends with whom he could be found singing and dancing to 1950’s music.  Most dear to Ed was his big Armenian family: his beloved wife, his “one and only Sis”, his three children, five grandchildren and each and every one of the extended family.  One of his great joys was mentoring his children, nieces and nephews as they prepared for job interviews and faced challenges in the work place. And, at every family gathering before the meal was served, Ed offered a prayer of thanksgiving. He’ll be forever remembered for his generosity, integrity, faithfulness, business acumen, sense of humor, kindness and compassion. Ed was well-respected and well-loved, lived a full, blessed life and will be truly missed.

Family will receive friends on Saturday, May 14, 2022 from 10 to 11 a.m. at Straub, Catalano & Halvey Funeral Home, 55 East Main Street in Wappingers Falls. A funeral service will follow at 11 a.m. at the funeral home with Pastor Mike Mura officiating. Masks are optional inside the funeral home. Interment will follow in Fishkill Rural Cemetery, Route 9 in Fishkill.  A live stream link is available for his service.

To send flowers to the family or plant a tree in memory of Edward Shahbazian, please visit Tribute Store
View Funeral Webcast
Saturday
14
May