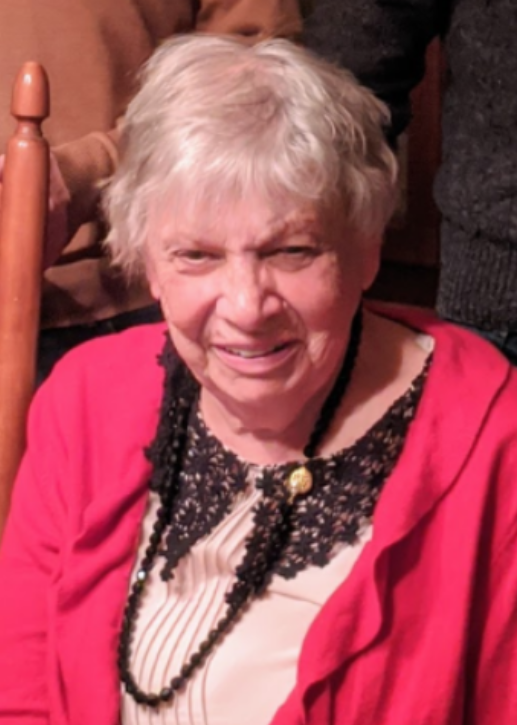 Marie Teresa Rettagliata was born to   on January 2, 1927. Marie was born in Rovegno, Italy, her mother’s home town. Anna had traveled there to have her child. Marie, her mother and older brother, George and sister, Louise remained in Italy for about a year. At the end of that time, they boarded another cruise ship and returned to Brooklyn, NY. The family lived in Brooklyn surrounded by extended family and friends.

After high school Marie worked in Henri Bendel’s department store altering clothing. With an excellent eye for style and exceptional sewing skill Marie did well in this position. Marie and her sister Louise set sail in 1949 on the Sobieski, for what was later familiarly referred to by the family as the trip of 49. The two went to Italy and traveled through Italy. There were some years where Louise and Marie spent summers waiting tables and enjoying themselves at Vadu Farm in Flemington, New Jersey. They met a number of life long friends here, including Marie’s future husband Robert Steven Scott.

After marriage Bob and Marie settled in Wappingers Falls, NY. A home was built in a friendly neighborhood on Pleasant Lane. This was across the river from Bob’s parents and sister’s family. Here they raised three boys, William, Peter, and Michael. Bob worked at IBM and Marie concentrated on maintaining a beautiful home and providing a caring environment for three active boys. When the boys were in high school Marie returned to work, finding a place in the local high school as a hall monitor. She was often recognized in the community by students she had become friendly with.   After retirement Marie would drive across the river to Newburgh weekly to volunteer her time in a thrift store to benefit the local hospital. Marie was known to have a good eye for valuables and was relied on for her knowledge creating displays and showing off the goods to their best advantage. She was an active gardener and cook throughout her life creating wonderful meals for friends and family.

In addition to her parents and her husband Robert Scott in 2011, Marie was predeceased by her brother, George Rettagliata, and her sister, Louise Vegh. She is survived by her sons, William and Charlanne Scott of Gardiner, NY, Peter and Ann Scott of Romulus, NY and Michael and Jackie Scott of Bridgewater, NJ. Also, her grandchildren Nathanael and Nelson Scott of Romulus, and Stephen Scott of Bridgewater. Additionally, Marie will be missed by many nieces and nephews.

A funeral service will take place immediately following visitation at 12 noon at the funeral home. Entombment will follow in Fishkill Rural Community Mausoleum, Route 9 in Fishkill.

In lieu of flowers, donations can be made to Graymoor Franciscan Sisters of the Atonement, 41 Old Highland Turnpike, Garrison, NY 10524, www.Graymoor.org

To send flowers to the family or plant a tree in memory of Marie Scott, please visit Tribute Store
Thursday
26
May