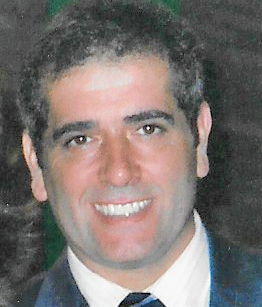 Son of Giuseppina Cedrone Leone and the late Lucio Leone, he was born on September 27, 1963 in San Donato, Italy. He married Anna Maria Giorlando on October 28, 1989 at St. Mary’s Church in Poughkeepsie; Mrs. Leone survives at home.

After high school, Danny proudly served his country in the United States Air Force as a vehicle mechanic and was honorably discharged. He went on to work for and later own and operate Brinkerhoff Service in Fishkill for over 30 years. In his spare time, Danny enjoyed fishing and hunting. He was a hardworking man and beloved in his community.

In addition to his wife, Anna and his mother, Giuseppina, Donato is survived by his son, Lucio G. Leone and his fiancée, Neena McBaer of Poughkeepsie; his daughter, Josephine “JoJo” Leone of Wappingers Falls; sister, Antonietta Comparetto and her husband, Angelo of Marlboro, and their children, Stefano and Ignazio; and many cousins and extended family.

A Mass of Christian Burial will be offered following visitation at 1 p.m. at St. Mary’s Church, 106 Jackson Street in Fishkill. Entombment will follow in Poughkeepsie Rural Community Mausoleum, Poughkeepsie.

In lieu of flowers, donations may be made in Danny’s name to a charity of one’s choice.

To send flowers to the family or plant a tree in memory of Donato Leone, please visit Tribute Store
Saturday
28
May