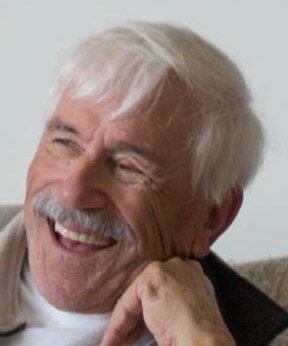 Obituary of Michael A. Belanich

Michael Antony Belanich, a six year resident of Poughkeepsie, entered into rest on Saturday, September 3, 2022. He was 88. He was formerly of Palm Coast, Florida and originally of North Tarrytown, New York.

Son of the late Marco and Margherita (Gerolomich) Belanich, he was born on January 10, 1934 in North Tarrytown. He married Ann Jane McLoughlin on December 18, 1954; Mrs. Belanich preceded him in death, passing on September 14, 2014.

Mr. Belanich graduated from Sleepy Hollow High School in 1953. He went on to own and operate A&M Printing in North Tarrytown until 1974. He later owned a print shop in Harwich, MA as well. He eventually moved to Cape Cod, MA to become a commercial fisherman and lobsterman. In his spare time, he was a member of the Palm Coast Stamp and Coin Club, a lifetime member of Sleepy Hollow Rod and Gun Club and member of the Lobsterman Association of Cape Cod. He was an avid fisherman and hunter. Michael was also a member of St. Theresa’s Church in Sleepy Hollow.

In addition to his wife and parents, he was predeceased by his sister, Clara (Belanich) Esteban.

Services will be held at a later date. Memorial donations may be made in Michael’s name to The Michael J. Fox Foundation for Parkinson’s Research, www.michaeljfox.org.

To plant a beautiful memorial tree in memory of Michael Belanich, please visit our Tree Store

A Memorial Tree was planted for Michael
We are deeply sorry for your loss ~ the staff at Straub, Catalano & Halvey Funeral Home
Join in honoring their life - plant a memorial tree
Services for Michael Belanich
There are no events scheduled. You can still show your support by planting a tree in memory of Michael Belanich.
Plant a tree in memory of Michael
Share Your Memory of
Michael
Upload Your Memory View All Memories
Be the first to upload a memory!
Share A Memory
Plant a Tree