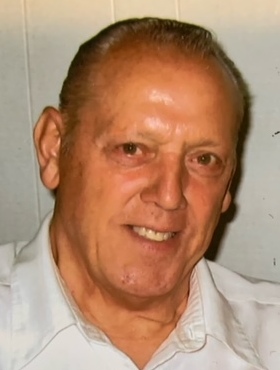 Son of the late Robert and Mary (Lent) Ludwig, he was born on February 29, 1940 in Cold Spring. He married the love of his life, Maryann Koteny, on June 27, 1960 at Our Lady of Loretto Church in Cold Spring; Mrs. Ludwig survives at home.

Leo proudly served his country in the United States Army for 3 years, serving two of them working with the military police in Germany. He had the thrill of working as a body guard for Elvis Presley during this time. Once honorably discharged, he began his career and raised his family. He owned and operated Office Furniture Services in Wappingers Falls for many years, until his retirement. In his spare time, Leo enjoyed running and even competed in several marathons. Leo was known for helping those in need, providing odd jobs and support for neighborhood kids who were less fortunate. His proudest accomplishment was his family. He was truly selfless and always put his children first.

He was predeceased by his brothers, John, Henry, Robert and George Ludwig, and his sisters, Grace Conley and Margaret Sickler.

Family will receive their friends on Thursday, October 6, 2022 from 4 to 8 p.m. at Straub, Catalano & Halvey Funeral Home, 55 E. Main Street in Wappingers Falls.

In lieu of flowers, memorial donations may be made in Leo’s name to St. Jude Children’s Research Hospital, www.stjude.org, or Wounded Warrior Project, www.woundedwarriorproject.org.

To send flowers to the family or plant a tree in memory of Leo Ludwig Sr., please visit Tribute Store
Thursday
6
October