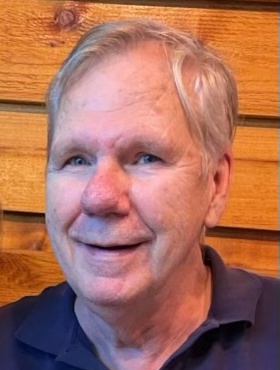 William Joseph Hons, a resident of Wappingers Falls, entered into rest Wednesday, November 23, 2022 at his home. He was 76.

Son of the late Henry and Anna Merken Hons, he was born November 3, 1946 in the Bronx.  Bill proudly served his country in the United States Navy during Vietnam where he was a tin can sailor. He was honorably discharged in 1967. On September 28, 1968, he married the former Kathleen McGillick. Mrs. Hons survives at home in Wappingers Falls.

Prior to his retirement, Bill worked as a Manager for IBM for many years.  He enjoyed woodworking and gardening. He was also known for his Valentine’s boxes that his grandchildren loved.

In addition to his wife of fifty-four years, Kathleen Hons, he is survived by his children, Terri Hons Fitzgerald and her husband Rich of Fairfield, Connecticut, Dawn Hons McGrath and her husband, Darren of Fishkill and Brian Hons and his wife, Casey of Highland; and his brother, John Hons of Central Islip, New York.  Poppy is also survived by his beloved grandchildren, Megan, Alyssa, Katherine, Cassidy, Raegan and Payton.

He was predeceased by his sister, Meta Reilly.

A Mass of Christian Burial will be offered at 10 a.m. on Monday, November 28 at St. Mary’s Church, Clinton Street in Wappingers Falls. Interment will follow in Gate of Heaven Cemetery, West Stevens Avenue in Hawthorne.

To send flowers to the family or plant a tree in memory of William Hons, please visit Tribute Store
Sunday
27
November